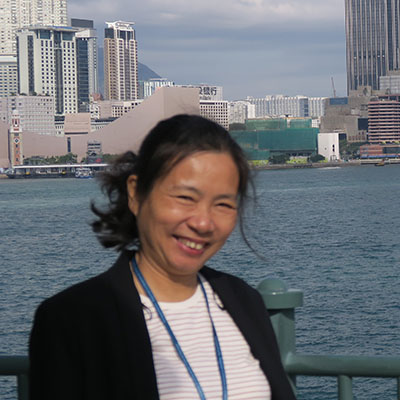 Following the completion of the MA course in Indian Archaeology and Ancient History and Ph.D Degree in Buddhist and Hindu Art of Southern Vietnam, her researches are focused more on the maritime contacts of Vietnam, particularly of Oc Eo culture during the first Millennium CE, with the outside world.

Her major research projects include “Buddhist and Hindu art in Thailand and Laos”, as part of UNESCO’s program “The Hirayama silk road: routes of Dialogue” (1997-1998); “Buddhist and Hindu art in Cuu Long River Delta (Southern Vietnam) (1998-2001); co-ordinate research program at Harvard University on Inscription and images on gold plaques of Oc Eo culture (2006-2007).

With experiences on archaeological research and UNESCO’s activities, she leaded several international research programs, joined in organizing trainings in cultural heritage protection and underwater archaeology (NAS training course), and worked as member of Organizing Boards for International Conferences. She was also advisor and joined in the preparation of the dossiers of the world heritages of Central Sector of the Imperial Citadel of Thang Long – Hanoi, Citadel of the Ho Dynasty and Trang An Landscape Complex in Vietnam.