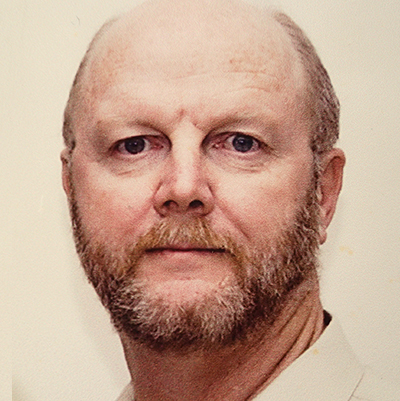 David Nutley’s involvement in maritime archaeology began in the early 1980s when he became involved in archaeology through career and culture camps that he organised for Indigenous high school students while Principal of the Aboriginal and Torres Strait Islander Education Centre based in Townsville. This included stone fish traps at Hinchinbrook Island that continue below the current Mean Low Water Mark. He was also an early visitor to one of Queensland’s most iconic historic shipwreck sites, the ss Yongala off Townsville. Inspired by these experiences he retrained in maritime archaeology. In 1987 he was employed at the Australian National Maritime Museum where he assisted in setting up the opening exhibitions on Indigenous, Asian and European maritime exploits in and around Australia. In 1988 established the first official program for management of underwater cultural heritage in New South Wales and subsequently developed that program over the next 20 years. He is now a heritage consultant working for Comber Consultants and actively involved in significance assessment and impact mitigation for projects with potential to impact on underwater cultural heritage.

In 2007 he organised and conducted a capacity building Maritime Archaeological Program to up-skill Tanzanian archaeologists on behalf of UNESCO.

He was a co-editor (with Robert Grenier) of the ICOMOS/ICUCH publication Underwater cultural heritage at risk: managing natural and human impacts. Author of and editor of and number of publications. He also contributed to the ICUCH publication Manual for Activities directed at Underwater Cultural Heritage Guidelines to the Annex of the UNESCO 2001 Convention. Among other published articles he is author of the chapter on Inundated Site Studies in Australia in ‘Prehistoric Archaeology on the Continental Shelf’. Evans, A. (et al.) (Eds.) by Springer, The Last Global Warming, Flinders University Monograph Series, and, along with john Broadwater, co-author of The Management of Marine Archaeological Sites In Situ and Site Sustainability, Conservation and Management of Archaeological Sites. He was also the lead author (with co-authors, C Coroneos, and J Wheeler) of Potential submerged Aboriginal archaeological sites in South West Arm, Port Hacking, New South Wales, Australia. Geological Society, London, Special Publications and has conducted and prepared many unpublished reports shipwreck sites along the New South Wales coast and inland waters.

David is a former Secretary and Vice President of ICUCH. He is an adjunct Associate Professor at Flinders University.